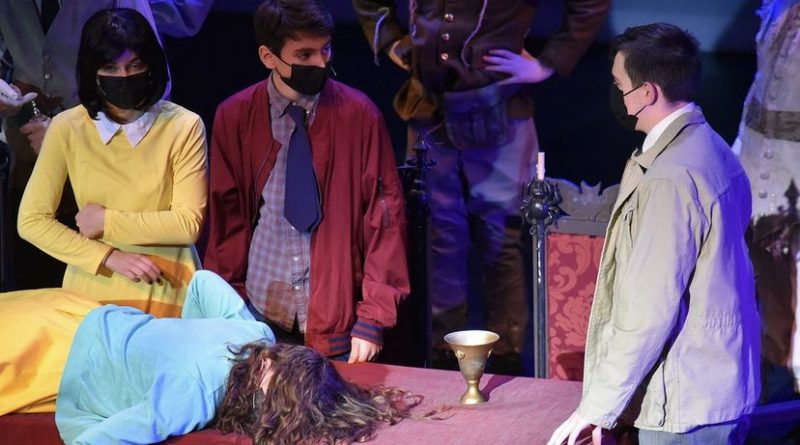 The Seven Hills School— The theater productions each school year often bring people together. This fall, Stage 7 Theater Productions, the Upper School Theater program, put on “The Addams Family” on Nov. 19 and 20. The production was so successful, it resulted in a sold-out show.

“The Addams Family” follows a married couple< Morticia and Gomez; their children Wednesday and Pugsley; and several more. All is well in the Addams family household until the news breaks of Wednesday getting engaged to her boyfriend Lucas, whom her parents disapprove of. As the two families meet, trust is tested and secrets are revealed.

The musical was a combination of humor, mystery, and heartwarming content. Senior Cece Hood, who played one of the ancestors of the Addams Family, talked with Canvass about her experience. Hood said that she loved being a part of the show as it allowed her to bond with people outside of her normal circle. Hood has been a part of past theater productions, but this was her first musical. “Musicals are a lot harder than plays because a lot more goes into it,” said Hood. With this being her first musical, Hood found it “more challenging” as she is not used to dancing.

The show made the audience laugh, turn heads, and “aww” all in one scene. Not every single seat was able to be filled due to COVID-19, but the show sold out all the seats that were able to be taken. The cast and crew members spent months on the show, working since late August. The Addams Family cast and crew members all achieved great success with the musical.