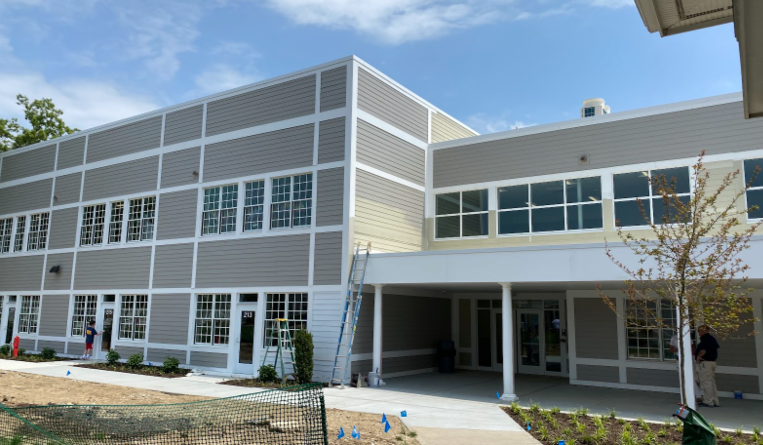 I like that there is a third floor and that each grade has its own meeting room. I remember last year having all three grades squeeze into the commons and having some people sit on the tile floors in the back. The room was hot and sweaty and filled with antsy middle schoolers, accidentally kicking five people every time they tried to readjust. The new floor is definitely needed because the old middle school was very cramped and more and more kids joined every year, making the hallways crowded. Crowding has also been helped by the new hallways being wider. The old hallways were too small and it was annoying to squeeze between people or get stuck behind the slowest walkers in the world. The new building also has many bathrooms, which is good because last year the bathrooms were always so full and you had to wait forever for your turn.

One thing I do not like about the new middle school is the cubbies. Last year, people left their lockers open and people would either put in or take out stuff. The idea of cubbies is really bad. Cubbies are ok for the little kids in elementary school but for middle schoolers, it is just not a good idea. Last year, apple pencils, pens, pencils, locker decorations, and items from people’s bags were stolen all the time. The cubbies are also much smaller than our lockers were, which is a downgrade. With more space, they should’ve been able to have bigger lockers. Another thing I do not like is the roof above the main doors. It should be a balcony. I know it isn’t very safe but it would be such a great addition to the building. I also do not like how the roof is flat because the rest of the buildings have slanted roofs so it does not fit in.

Overall I think the new middle school is ok, but it looks like a nursing home