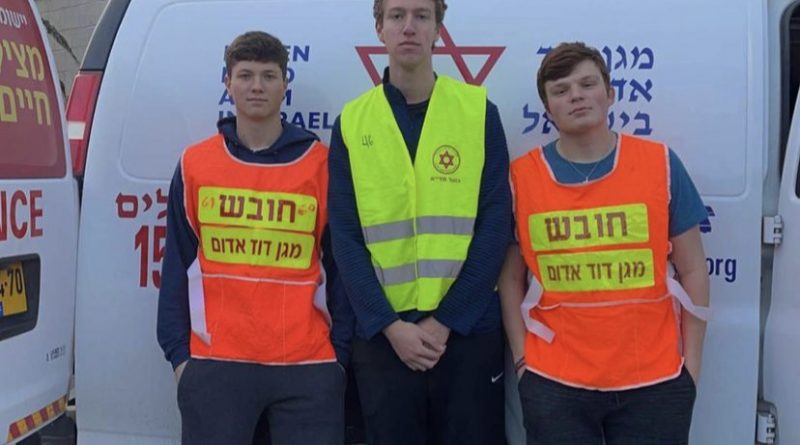 The Seven Hills School — Charlie Ringel, a Seven Hills 2021 graduate, decided to take a gap year in Israel this year before he attends Duke University in the fall. While many students choose to go straight from high school to college, Ringel said he highly recommends that students consider taking a gap year before they continue their studies.

“I decided to take a gap year because Duke offered, and encouraged the opportunity, and I thought it would be a great way to meet new people and take a break from academics,” said Ringel. Specifically, Ringel said he chose Israel because it has the top and most popular gap year programs, especially among Jewish students.

Ringel spent the first semester of his gap year in Jerusalem taking classes on Zionism and Israeli history. “My favorite part about Jerusalem was the Old City because there are four different types of people there: Armenians, Muslims, Christians, and Jews; so it is neat to interact with all the different groups of people,” said Ringel.

He then spent the second semester in Tel Aviv doing an internship. Ringel said, “In Tel Aviv, I volunteered in an ambulance as an EMT (Emergency Medical Technician). That was an amazing opportunity even though it was difficult at times with the language barrier [Hebrew].”

“Tel Aviv is much less diverse than Jerusalem and is more of a modern and normal city with tall buildings,” said Ringel. “It was a better setting to do an internship. In Mada [the EMT program], I loved interacting with Israelis and people from other Gap-Year programs. The shifts were eight hours, so there was a lot of time to meet new people.”

Additionally, Ringel traveled to Morocco and Poland over the course of his gap year. In Poland, he visited Concentration Camps and explored what Jewish life was like before the Holocaust. “It was an intense and meaningful experience,” said Ringel.

When asked about his trip to Morocco, Ringel said that it was his first time in Africa and it was an amazing experience. Ringel said, “The culture and the food was unlike anything I’ve ever seen before, and we learned a lot about different cultures.”

While he loved the gap year program, Ringel said there were some difficulties, such as the language barrier and being so far away from home. “I definitely recommend taking a gap year for everyone because it gives you a brief break from academics and a chance to explore the world,” said Ringel.