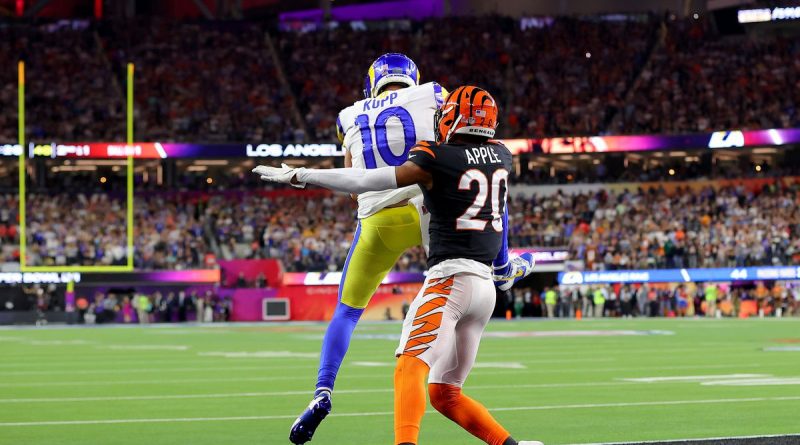 Okay so…I know I’m writing about this at the risk of ripping open some newly-healed wounds, but the air has felt a little strange around here lately. It’s understandable. Ever since the Bengals’ first playoff win on Jan. 15, we as a school and a city ramped up the football spirit until that fateful Super Bowl Sunday when it all came to a crashing halt.

However, I’m not writing this article to make you feel worse. I’m writing this because, as an avid football watcher and journalist, it feels wrong not to write about the most successful Bengals season in recent memory. So, let’s recap the big game and take the lessons learned into the offseason because I believe the Bengals will become a team we see regularly in the playoffs…if they address a few of the weak links in their team.

Before we dive in, just a quick disclaimer: I’m personally not a Bengals fan. The Patriots have been my team since I lived in Boston, where I would watch football with my dad on the couch every Sunday (we’ll beat you next season, Buffalo), but hey, maybe it’ll be refreshing to hear about the Super Bowl from another perspective.

The game started solidly enough. After a Bengals sack and their dominant performance shutting down the Rams’ run, there was no score on the first drive of the game. Great start for the Bengals’ defense.

Honestly, at this early point in the game, I was much more focused on eating my dinner than watching the game, but that changed on the Bengals’ first possession. After an eight-yard pickup and a one-yard run, they failed to convert on third down. But, instead of punting, they went for it on fourth. On the first drive. Of the Super Bowl. Granted, they didn’t get the first down, but that type of aggressive play is rarely seen on football’s biggest stage. However, it set the tone and had me putting aside my dinner to watch what came next.

I don’t think many Bengals fans were too worried when the Rams scored first with a touchdown pass to Odell Beckham Jr. from Matthew Stafford. After all, the Bengals had clawed their way out of big point deficits before to win (like with the Chiefs…twice). Nevertheless, I became slightly worried for the Bengals when the Rams scored again to make it 13-3. The momentum was going in the wrong direction.

The Bengals went on to engineer a seven-minute touchdown drive that starred Burrow, running back Joe Mixon, and wide receiver Tee Higgins. At halftime, the score was 13-10, with the Rams leading.

With a couple of my favorite hits, “California Love” and “Lose Yourself”, still stuck in my head after that amazing halftime show, the third quarter began with an emotional rollercoaster.

22 seconds was all it took for two massive plays for the Bengals: a 75-yard touchdown and an interception. I was shocked. The momentum shift was so large that I could practically feel it through the screen. At that point, I could sense that the Rams were on the verge of losing their edge in this game. Throughout the playoffs, the Bengals had been so good at building on their momentum and powering through comebacks to secure the win.

One more mistake by the Rams, and I believe Burrow would have put this game away.

Unfortunately, though, there weren’t many mistakes by the Rams after that one. In fact, it was the Bengals, specifically their offensive line, that was the talk of the second half…and not in a good way.

Firstly, the Bengals failed to score a touchdown after that huge interception. That killed some of the momentum because it was still only a one-score game: 20-13, with the Bengals on top. Another field goal by the Rams soon after put them even closer: 20-16, with the Rams closing in.

Then, possibly the hardest period of the game to watch arrived: seven back-to-back punts by both teams as the offenses struggled to move down the field.

We have to give the Bengals’ and Rams’ defenses credit here. Over the seven failed drives, they held their opponents to only six and 24 yards respectively. However, how did the Rams shut down the Bengals’ explosive offense?

We all know the answer to this one. Burrow was sacked seven times in the Super Bowl and a staggering 70 times during the whole season, the third-most of all time. With stats like that, I find it hard to believe Burrow even made it to the Super Bowl without a serious injury. Also, with Aaron Donald, arguably one of the greatest defensive players ever, on the other side of the field, it’s amazing that this game was still close.

Yes, we all know the Bengals obviously need to focus on their offensive line this offseason. It’s also clear that Burrow should work on getting the ball out of his hands a lot earlier. For example, Tom Brady averaged 2.5 seconds in getting the ball out this season. I’m definitely not saying Burrow should try to be Brady, but I do know that Brady wouldn’t have allowed himself to get sacked 70 times in a season either.

Burrow’s deep passes are impressive and accurate, but if the Bengals don’t improve their offensive line, short, quick passes might be the key to Burrow’s longevity in the NFL.

I won’t dwell on the end of the game too much. We all know what happened. We were all watching. Instead, let’s focus on the now.

The offseason is here.

The Bengals obviously have a few glaring issues to work out, as does every team. Obviously, the Super Bowl loss was disappointing, as it should be. It doesn’t matter that the Bengals exceeded expectations. Once your team is in the Super Bowl, you want them to win it, no matter the odds.

The Bengals did an amazing job playing the underdogs this season. However, next year, there will be much more scrutiny and expectation. However, having watched this team battle throughout the season, I don’t think the pressure will get to them.

Like I said at the beginning of the article, I think the Bengals will be a team that will frequently be seen in the playoff picture over many years, and, who knows, maybe they can even make it back to the Super Bowl (unless the Patriots make it, of course).