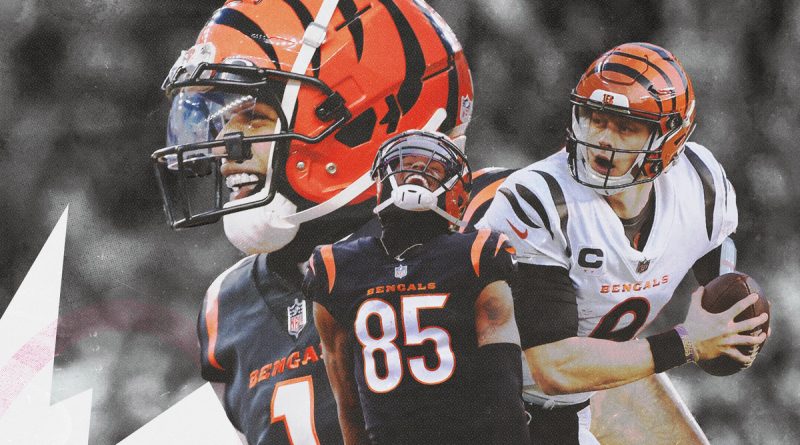 This year, the Bengals played the Tennessee Titans, the number one seed in the AFC division, while the Bengals were the number four seed. They won 19-16, preventing them from going into overtime. William Hueguenin-Virchaux drove down to Nashville to watch the game live and had this to say. “Nissan Stadium was packed with many devoted Titans fans and a few devoted Bengals fans. Like all playoff games where there is so much on the line, the fans were loud. Although the vast majority of the fans were Titans fans, even on the Bengals’ side of the field, they were all very nice.” He drove to see an experience that was very rare and very exhilarating.

The game’s stats wouldn’t typically indicate a win for the Bengals. Joe Burrow was sacked nine times, intercepted once, and recorded zero touchdowns. However, he had a 76% passing percentage, along with 348 yards, both running and passing. Tennessee had more total yards throughout the game, with only one sack allowed, but the Bengals had more first downs, a better third-down conversion rate, and more interceptions.

Two more interceptions occurred, but a game-changing one was one made by Eli Apple, a cornerback, who had picked the ball off at the 20-second mark, in the 4th quarter. This allowed Burrow to get into field goal range, which gave Evan McPherson, a rookie kicker, his chance to shine as he secured the win for the Bengals with a 52-yard field goal. This sent many Bengals fans through the roof, seeing their home team make an underdog win, against a very dominant team.

The Bengals had an amazing game, but the NFL had an even better divisional round, with all games coming to a game-changing play. The San Francisco 49ers, won against the highly expected SuperBowl winners, the Green Bay Packers, 13-10, with a field goal, sending them to the NFC Championship. They had been the underdogs as they are the 6th seed in the NFC bracket. The Los Angeles Rams played and won against the Tampa Bay Buccaneers, 30-27, with another game-winning field goal. Tom Brady, the quarterback for the Bucs, made a fantastic comeback, down 27-3, and tied the game up, but Matthew Stafford, the quarterback for the rams, sent the rams to the NFC championship by getting them into field goal range.

The Kansas City Chiefs played against the Buffalo Bills and won 42-36 overtime. The Bills made a touchdown at the 13-second mark in the 4th quarter, making the score 36-33, but Patrick Mahomes had sent the teams into overtime, as he was able to get kicker Harrison Butker into field goal range, tying the game. Mahomes got the ball first and scored a touchdown with tight end Travis Kelce, sending the Chiefs to the AFC championship game for the fourth year in a row.

On Jan. 30, the Bengals and Chiefs met at Arrowhead Stadium in Kansas City, Kansas. Here at Seven Hills, many Bengals fans were excited for the game, while some faculty and students here were rooting for the Chiefs. For example, Meredith Brown, a longtime Chiefs fan and teacher here, was rooting for the Chiefs from her home but told Canvass what she thought the Chiefs would need to do to win. “The defensive line needs to rush because the Bengals offensive line struggles. We also need to limit Burrow’s ability to throw it long.”

Huguenin-Virchaux told us what he thought the Bengals had to do to win to go to the Super Bowl. “Most importantly, the O-line needs to protect Burrow so he can have the time he needs to throw the ball. The defense and Joe Mixon also need to play as well as they did this past weekend.”

Both somewhat go hand in hand, but I agreed with Huguenin-Virchaux. The Bengals had to improve their offensive line for Burrow to get time to make the significant plays. Regardless, this matchup was going to be one to remember; the Bengals had a chance to move towards winning their first-ever Superbowl, while the Chiefs had a chance to move towards their third Lombardi trophy.

In the end, the Bengals beat the Chiefs in a fantastic overtime game. They struggled in the first half, being down 21-10, but all the Bengals had needed was one play to shift the momentum in their favor, and that had happened. Near the end of the third quarter, BJ Hill, a defensive tackle, picked off the ball, giving the Bengals a chance to get back in the game, and the Bengals took it all the way. Ja’marr Chase caught a touchdown pass and converted a two-point attempt to tie the game. Later in the 4th quarter, Joe burrow got the offense to a convertible field goal range, where Evan McPherson kicked the ball through the posts to get the Bengals in the lead. Things were looking up for the Bengals until Patrick Mahomes got the Chiefs into field goal range and Harrison Butker tied the game, sending both teams into overtime.

On the NFC side, the Rams and 49ers played, and the score was 20-17, meaning the Rams won and are going to host Super Bowl 56. The play that sent the Rams to the super bowl was an interception thrown by Jimmy Garrappolo near the end of the game. This means that the Bengals will play the Rams in what can be considered an “away game,” and for the Rams, a “home game.”

The Bengals are having a fantastic run, but let’s hope they can end that run with the Lombardi trophy in their hands. The Rams are going for their 2nd super bowl win in their fifth Superbowl appearance. The Bengals, as mentioned, are going for their 1st win, and this is their third Superbowl appearance. This will be one heck of a game, with one team getting their Super Bowl rings and the Lombardi trophy. Who Dey!