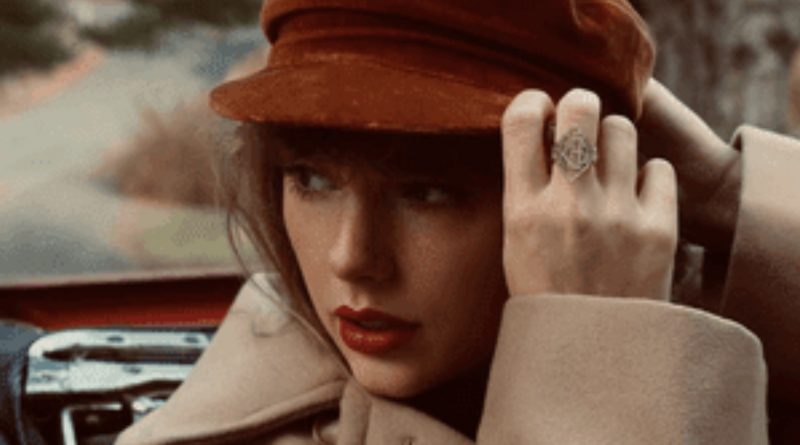 RED (Taylor’s Version) is Swift’s second re-recording and follows up Fearless (Taylor’s Version), released on April 9, 2021. Swift is re-recording her first six albums to gain the rights to her catalog, which was bought out from under her by Scooter Braun, who manages long-time rival Kanye West. Swift’s work has consistently received positive reviews, and the re-recordings have been receiving critical acclaim. Former Seven Hills student Charlotte Cambrie believes that “Taylor Swift re-recording her old work is an incredibly inspiring and brave act. As someone with a massive platform and influence, re-recording her albums is taking back control and narrative and a perfect exercise of her power as a woman. Taylor is inspiring female artists to say no to the patriarchy and take back what rightfully belongs to them.”

On RED (Taylor’s Version), Swift released a version of her song “All Too Well” that is ten minutes long. On the original version of RED, the song was only five minutes; however, Swift decided to add the verses that she wrote in 2012 but that did not make the album. “All Too Well (10 Minute Version) (Taylor’s Version) (From The Vault)” has received universal acclaim from critics and has been hailed as the crown jewel of an already perfect album. The song debuted at the top of the Billboard Hot 100 and became the longest song ever to top the chart.

Along with the album, a short film of the same name starring Sadie Sink and Dylan O’Brien premiered at the AMC Theatre in New York. The film was lauded by critics, praising Sink and O’Brien for their performances and Swift for her stellar directorial debut. It is needless to say that both the song and the short film will go down in history as some of the best works ever to grace the industry.

“22 (Taylor’s Version)” is the sixth track on the album. Similar to “I Knew You Were Trouble (Taylor’s Version),” the song was already popular, and the original version peaked in the top 20 on the Billboard Hot 100 in 2013. Snippets of the song were used in promotional videos for RED (Taylor’s Version), so the song’s release was highly anticipated. The seventh track, “I Almost Do (Taylor’s Version),” is a country song that finds Swift reminiscing on her previous relationship with American actor Taylor Lautner. The song is a reminder of a peaceful relationship, contrary to the turbulent nature of Swift’s previously mentioned relationships with Mayer and Gyllenhaal. The original version of the eighth track, “We Are Never Ever Getting Back Together (Taylor’s Version)” was Swift’s first chart-topping single on the Billboard Hot 100. The pop song details an exhausting relationship which Swift is trying to break off, but her partner does not want to do so. The track is super fun and lighthearted, which makes for a good listen!

“Stay Stay Stay (Taylor’s Version)” is the ninth track on the album. It is a country song where Swift uses her fake southern accent. Many people think the accent used in Swift’s earlier work is real, but that is not the case. Swift was born and raised in rural Pennsylvania, so the country accent is actually a guise. “The Last Time (Taylor’s Version) [feat. Gary Lightbody] is a rock duet and one of two collaborations on the original album. The song received critical acclaim, and Swift and Lightbody’s vocal chemistry was praised.

The eleventh track on the album “Holy Ground (Taylor’s Version)” sees Swift reminiscing about another relationship with American singer Joe Jonas. Swift and Jonas dated when they were in their teens and have since become good friends. Similar to “I Almost Do (Taylor’s Version),” the song focuses on good times in a relationship instead of bad ones.

The twelfth track, “Sad Beautiful Tragic (Taylor’s Version)”, also reminisces on her relationship with Lautner, again finding peace with the fact that they have gone their separate ways. The thirteenth track, “The Lucky One (Taylor’s Version),” is rumored to be a semi-fictional story of the life of Canadian singer Joni Mitchell. Mitchell was notorious for rejecting the standards that the music industry held her to, a concept that is similar to the contents of the song. The track is a fan favorite as it shows a different side of Swift’s songwriting. Overall, “The Lucky One (Taylor’s Version)” is my favorite track on the album!

“Starlight (Taylor’s Version)” is a pop song that details the relationship of Robert Kennedy, a former American senator, and his widow Ethel. Before the song’s release, Swift had befriended Ethel and was inspired to write about the life that she shared with Senator Kennedy. Later on, Swift would trademark “Starlight” and use it for a line of fragrances.

The final track of the original 16 tracks of RED, “Begin Again (Taylor’s Version),” details Swift’s relationship with Kennedy’s grandson Conor. The two dated for a short period in the summer of 2012 after Swift purchased a property in New England. Even though the relationship was short-lived, it was a nice way for Swift to distract herself from the pressures that Swift was facing from the outside world at the time.

“The Moment I Knew (Taylor’s Version)” is a song that describes Swift’s birthday party in 2010, which her then-boyfriend Jake Gyllenhaal failed to show up to. Swift has previously stated that the party was the worst experience of her life and that she would not wish it on her worst enemy. The song is truly heartbreaking and captures the raw emotions that Swift must have felt at the time.

The penultimate track of the original version of the album, “Come Back…Be Here (Taylor’s Version)” is a song about Swift missing her significant other; however, this song does not provide any hints as to who it may be written about, which has left many fans theorizing.

A new tradition that Swift has started with the re-recordings is releasing songs “From The Vault.” Swift writes dozens of songs for each of her albums, but only a handful make it on the final product. With the release of the re-recordings, Swift can add the songs previously left off the album. This tradition has received rave reviews from fans and critics alike. The first vault track is called “Ronan (Taylor’s Version).” Swift wrote the track in memory of Ronan Thompson, a young boy who sadly passed away due to cancer. The track was co-written by Maya Thompson, Ronan’s mother, who still maintains a close relationship with Swift.

“I Bet You Think About Me (Taylor’s Version) (From The Vault) [feat. Chris Stapleton] is the first song from the record to be released to radio stations as a single. The track was accompanied by a music video directed by American actress Blake Lively and features Swift crashing a wedding all decked out in red. Both the song and the video received positive reviews and were seen as fun and catchy.

Currently, all but two of the songs on RED (Taylor’s Version) are charting on the Billboard Hot 100. This statistic means that Swift now makes up 26% of the chart. This is an astonishing feat and it can be expected that Swift will break even more records soon. As Barbara Walters said back in 2014, “Taylor Swift IS the music industry.”