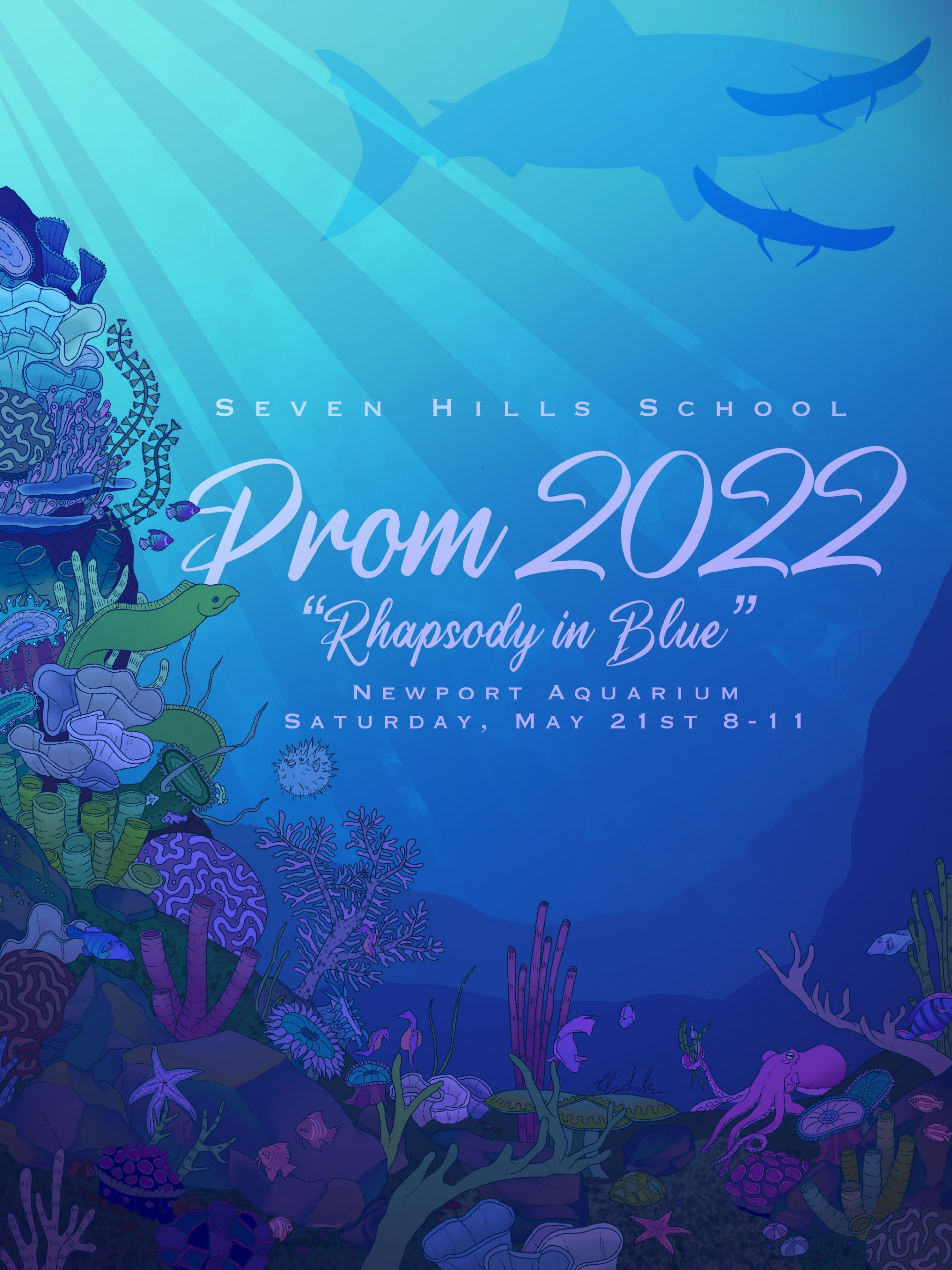 The Seven Hills School— As the school year is coming to an end, Seven Hills will host prom at the Newport Aquarium in Northern Kentucky on May 21, 2022 from 8-11 p.m. This event will serve as an exciting conclusion to the school year.

The name of Seven Hills’ prom is “Rhapsody in Blue,” and attendees at prom will have full access to the entire Newport Aquarium. For seniors, “Rhapsody in Blue” marks the end of their high school careers. Jacky Hou, a graduating senior, said, “I am looking forward to it because it’s the last major event of senior year and it’s in an aquarium which will be very memorable.”

Undoubtedly, the Seven Hills prom will be a much different experience from homecoming earlier in the school year. Unlike homecoming, which was held in the Seven Hills courtyard, attendees at the “Rhapsody in Blue” will be able to dance with their dates while admiring the majestic beauty of Newport Aquarium’s sea creatures. In the aquarium, there will be turtles, penguins, stingrays, sharks, and dolphins for attendees to view.

Jerry Hou, Seven Hills junior said, “I look forward to seeing all of the fish.” Regarding concessions at prom, prom committee member Aana Shenai said that there will be hot appetizers and snacks.

Although the $50 price tag for prom may seem intimidating, Seven Hills will offer financial aid to qualifying students. Many students said that, despite the high price, they are looking forward to attending prom and the opportunity to admire Newport Aquarium’s sea creatures.