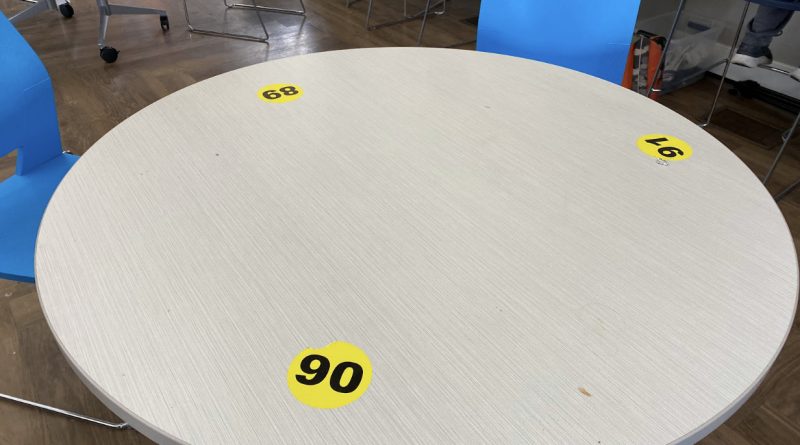 Starting on January 4th, Seven Hills implemented new COVID-19 protocols in the cafeteria. These protocols say that only three students can sit at a table. In a survey of 37 Upper School respondents, 89.2% said that they do not like the new seats.

Rowan Blair, a freshman, said that she does not like the new seats. “[The new rule] excludes people,” she said. “Less friends can be together. It just takes up more space in the cafeteria, and less people can be in the cafeteria.” Among the students interviewed, many said they dislike not being able to sit with their friends because groups have to be split up during lunch.

Sophomore Megha Gaitonde said, “I guess it’s for a good reason, but I feel like it separates friend groups. And there’s not enough room for people to sit next to their friends.” Although she believes that the new seats will be safer for the students who sit in the cafeteria, fewer seats are available for everyone in the high school. Other students are forced to look elsewhere for chairs, including outside.

However, with COVID-19 variants becoming a more pressing issue, some students at Seven Hills are starting to doubt whether being in school with harsher protocols is safe enough.

Aditi Purushothaman, a senior, said that Seven Hills should continue school virtually. “It should be fewer people at a table for sure, but I’m not sure if that’s really going to be beneficial. I really think we should be at home.”