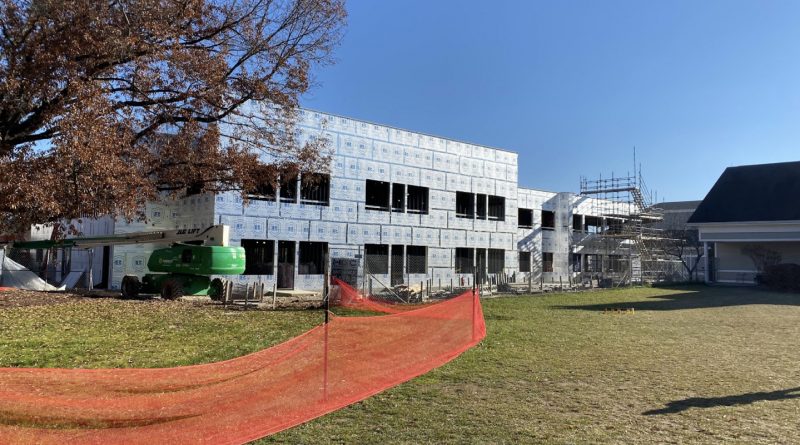 My favorite thing about this school year so far is the constant loud noises coming from the construction site. They are always there to distract me during class and ruin sitting outside at lunch.

I went around the upper school asking Seven Hills students what they think about the construction of the new middle school. Liam Bardon, a freshman, said that he thinks building a new middle school is important. “It is necessary that we do get a new middle school. It was getting a tad bit cramped”. Although he thinks the new middle school is a good idea he still does not like the constant construction. Bardon said, “When I am at lunch I can hear them and it’s quite annoying. Even when I’m in Spanish class I can hear them outside and I tend to get very distracted from my work”. The noises can be heard from the classes next to the courtyard and in the library classroom. When I am sitting in class trying to focus, the last thing I want to hear is a loud crash or annoying beeping.

Senior Ellie DeLyons said she is used to the noises and that they don’t bother her as much as they bother other people. She isn’t jealous that the middle schoolers are getting a new building. She said, “The middle schoolers have to go to school in a trailer park”. DeLyons also said that she liked the old building.